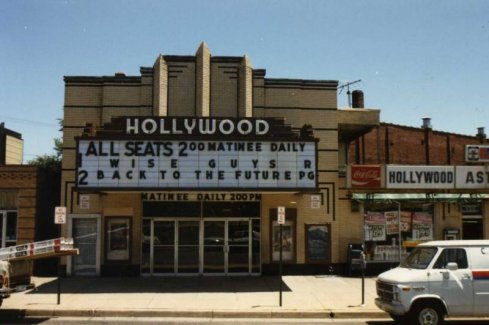 Next week, Hollywood star Gary Busey will visit Traverse City to act in the movie "Camp Manna, " filming now at the YMCA Camp Hayo-Went-Ha on Lake Arbutus and later on Torch Lake.

Busey’s character, “Cujo, ” an eccentric war veteran and director of a Christian summer camp, will rock out the praise band and fire six lit Bowman arrows into the air.

“We wanted Gary for this role because we want the guy who runs the camp to be an eccentric, ” says Eric Machiela, who co-wrote and co-directs the film along with fellow west Michigan native Eric Johnson. “We wrote the character directly for him.”

Camp Manna is a satirical comedy based on classic summer films such as "The Sandlot" and "Stand By Me." The main character is Ian Fletcher, an Australian adolescent who is sent abroad to live with his awkward-but-earnest Christian godparents after his parents are killed in an alligator attack in Florida. Ian is sent to a backwoods Christian camp, where the “unbeliever” is thrown into the deep end of religious culture and forced to survive a Biblically-themed Olympiad known as the “God Games.”

The story is based, in part, on Machiela’s experiences growing up surrounded by Christian culture in west Michigan. “I thought there’s a lot of good stuff inside faith, ” says Machiela. “But I thought it’s time that we laugh at ourselves a little bit. This is an opportunity to lampoon stuff.”

The studio behind "Camp Manna" is Gorilla, an independent film company that launched a decade ago in Grand Rapids and has since opened an office in Los Angeles. The name “Gorilla” is a play on “GR” and LA”. One of Gorilla’s goals is to film movies in Michigan.

The film caught the tail end of the Michigan Film and Digital Media Incentive, which reimburses 25 percent of all direct production expenses when companies film in the Mitten state. The Michigan legislature has killed the incentive, which officially expires next year.

“One thing that Michigan has more than any other state is this incredible scenery, ” says Line Producer Randin Brown, a Farmington Hills native who now lives in Los Angeles. “You can go many places and find a forest. You can go to specific place and find a beach. But it’s rare to go to one location and find everything that you need…I think it might be bit of struggle without the incentive, but I don’t think that films won’t come here. There’s too much of a draw.”

The crew of fifty began filming on Aug. 17 and will work until Sept. 8 or 9. They’ve already visited nearby Peegeo’s on several occasions, and dropped hundreds of dollars into the restaurant’s tills.

Universal Studios Hollywood is getting a major expansion culminating in the 2016 opening of The Wizarding World of Harry Potter . The movie-themed park announced…

Gaynell Haydel, 27, was arrested and accused of repeatedly saying she was going to shoot someone at a movie theater in Baton Rouge Saturday. A woman was arrested…

@Connor O'Brien: I'm just going to leave this opinion here for Columbus Day: If you only watch one Harrison Ford movie, it ought to be Hollywood Homicide.