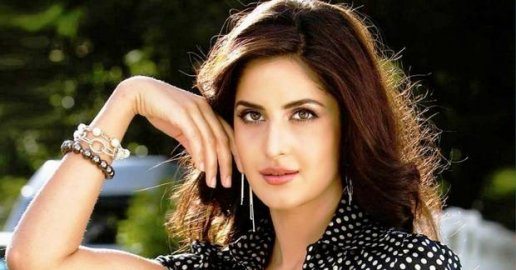 Script written by Ian Astraquillo.
These are the living gems of Hollywood that shine as bright as the spotlights that illuminate them. Welcome to WatchMojo.com, and today we’re counting down our picks for the Top 10 Most Beloved Hollywood Actors and Actresses.

For this list, we’ve chosen a mix of the most esteemed performers that are currently active on-screen and attract big box office numbers. So, as much as we love Hollywood greats like Marlon Brando or Marilyn Monroe, they won’t be seen on this list.

She is one of Hollywood’s youngest rising starlets as well as the youngest of our beloved picks. Having begun her career in television, Jennifer Lawrence has come a long way from her small screen start. She’s now known for her starring roles in such blockbuster film franchises as “The Hunger Games” and “X-Men.” Proving her potency beyond action flicks, Lawrence has also garnered a few Oscar nominations for her more deeper and dramatic roles. In fact, she won her first for her performance in “Silver Linings Playbook, ” making her the second youngest winner in the lead actress category.

Son of an independent filmmaker, Robert Downey, Jr. began under his father’s wing with minor appearances in a few of Downey Sr.’s films. His career quickly flourished from its underground roots, reaching an initial peak with an Oscar nomination for his performance as silent-film era icon Charlie Chaplin. After an aggressive battle with alcohol and drugs, RDJ returned to work and stardom. In what became one of Hollywood’s most notable comebacks, he took on such classic character roles as Sherlock Holmes and, of course, the childish yet charming Tony Stark, otherwise known as Iron Man.

Before we knew him as the mentor of Marvel’s most famous group of superhero-mutants, he was the succeeding captain to one of the galaxy’s most celebrated starships. These two roles alone have garnered Patrick Stewart much reverence among sci-fi junkies and pop-culture fanatics. Apart from his roles on the silver screen, Stewart is also renowned for his works with the prestigious Royal Shakespeare Company, starring in classics like “Macbeth” and “Hamlet.” He has since extended his talents to vocal works, most notably as the strange but hilarious CIA supervisor of one “American Dad”!

It’s unfortunate that our #7 pick is mostly renowned for his supporting roles, but, he’s just so damn awesome at playing all of them! Garnering worldwide recognition as the sharp-tongued Jules Winnfield in Quentin Tarantino’s “Pulp Fiction, ” Samuel L. Jackson has since gone on to star as and own the roles of other beloved pop-culture characters. Everything from a Jedi master in a galaxy far far away to the director of a government agency housing superheroes, Jackson has consistently starred side-by-side with his own – and by that, we mean, the best!
Когда нужно ехать в роддом форум стоит ложиться в 41 ответ на форуме.

Universal Studios Hollywood is getting a major expansion culminating in the 2016 opening of The Wizarding World of Harry Potter . The movie-themed park announced…

Gaynell Haydel, 27, was arrested and accused of repeatedly saying she was going to shoot someone at a movie theater in Baton Rouge Saturday. A woman was arrested…

@eidorin Oh, and our priorities for translations are generally AV stars featured on our site followed by actors and then off-site actresses.

@JimmyKimmelLive @KellyRipa I thought those stars were for actors and actresses or people with talent?